Finally sat down with Elder Games latest game release, Shattered Origins: Guardians of Destiny. The general story behind Shattered Origins is that humankind has devastated Earth’s resources and now humanity is trying to branch out into space to find more resources to sustain life. A company called ‘Guardians’ emerged as the sole entity that could provide the populous with the resources needed to sustain life on Earth. The ‘Guardians’ wanted unite humanity, which seemed to work for a short while until its leaders started to become to controlling. The populous started to defect and revolt against the support and protection of the Guardians. The defectors were labeled as ‘Pirates’, the Guardians and the Pirates have now been fighting for hundreds of years and Shattered Origins takes place during this time period.

Here is some info on Shattered Origins

I’m going to skip right to the game mechanics and gameplay. No sense in covering the tutorial, because it does what it says and teaches you the basics of the game. You start the game in ‘Guardian Prime Sector’ and you have a few small engagements and quests to do. But here is where you do some crystal mining to equip your cruiser and small missions to build some experience for yourself and your squadron of ships. I personally liked the concept of being able to pause the action to switch to any ship under your command. And you can also use this pause action to gain access to the cruisers construction and research abilities. On the guardian cruiser you can send out mining drones, use crystals gathered to purchase ships, do tech upgrades and build additions (hanger and research areas) and defenses (turret) for your cruiser.

Shattered Origins has a strategy element to this space combat game where you can build/customize your squadron of ships. As the game progresses your wingmen will level, you then get three attribute points to distribute between three areas (weapons, repair and reflexes). This is where the strategy component comes into play because you now have to take your type of ship (ie: light, medium, heavy fighters), assigned weapons or components and your attribute points and build a squadron of wingmen that can survive in combat.

The combat is somewhat unique in that you can pilot every ship under your command. You do this by pausing the action (right mouse button) and then select which ship you want to jump into. I used this feature a lot personally, to level my wingman during battle and to try to save wounded pilots by jumping into their ships and taking over. I did this because most times I could level my ships quicker and I think I am better than the AI.

Something I should mention as well as that there is some mini-games in Shattered Origins that surprised me when i ran into them and these mini-games can be quite challenging, especially the ‘Freeway’ clone from back in the Atari 2600 days. There was also a tower defense style game that you will run into which didn’t seem to have much difficulty to it to me. Heck a little more refinement and the tower defense style game could be a standalone game.

Shattered Origins is a bit short on campaign length for my liking, I would liked to have at least 25-30hr campaign. The story flowed well and it kept me playing the game. The AI is pretty good and you may have some frustrating moments on the harder difficulty and in skirmishes. I very much liked the leveling of wingmen (remember the same type of concept in Space Force II) and the tech tree that can be used to research both ship and cruiser items. At times you did spend some time waiting for resources to build up and you had nothing to do but sit around. That was really the only boring part of the game for me and could be easily remedied with a patch to create side missions or let you actually mine asteroids as well. So what would I grade Shattered Origins? I would rate the game a 82/100. My main issues were the short campaign and needed more in-game content (ie: missions and sectors to explore). Not sure what the future holds for Shattered Origins and whether the sequel is coming in a patch or a release? But with a few fixes and tweaks to gameplay Elder Games can make Shattered Origins shine.

I will be keeping my eye on Shattered Origins to see what gets fixed and about any sequel that may be coming? For now I would recommend trying the demo.

Thanks Lord Crusare and the rest of Elder Games for giving SpaceSimCentral the opportunity to review your game and you can comment on Shattered Origins here. 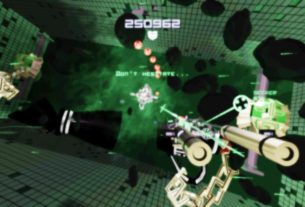