George Thornton has given us a great sequel to Space Chunks in Space Chunks II: Lair of the Chunk Lords. Space Chunk II has similar mechanics as in the first game in the series but with improved sound fx, graphics, ship upgrades, wingmen, friendly forces, new enemies and bosses and a global scoreboard. Space Chunks II has some great and challenging action. The game is still in beta (v0.99) but getting close to the final v1.0 release.
Thoughts on gameplay:

Checkout some of the gameplay in this video:

Make sure you download both games (SpaceChunks and Space Chunks II) and have fun playing them and make sure you leave some feedback on the Space Chunk games here: Add Link 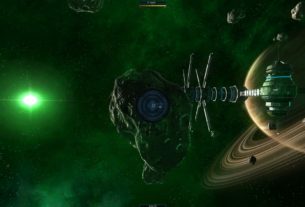