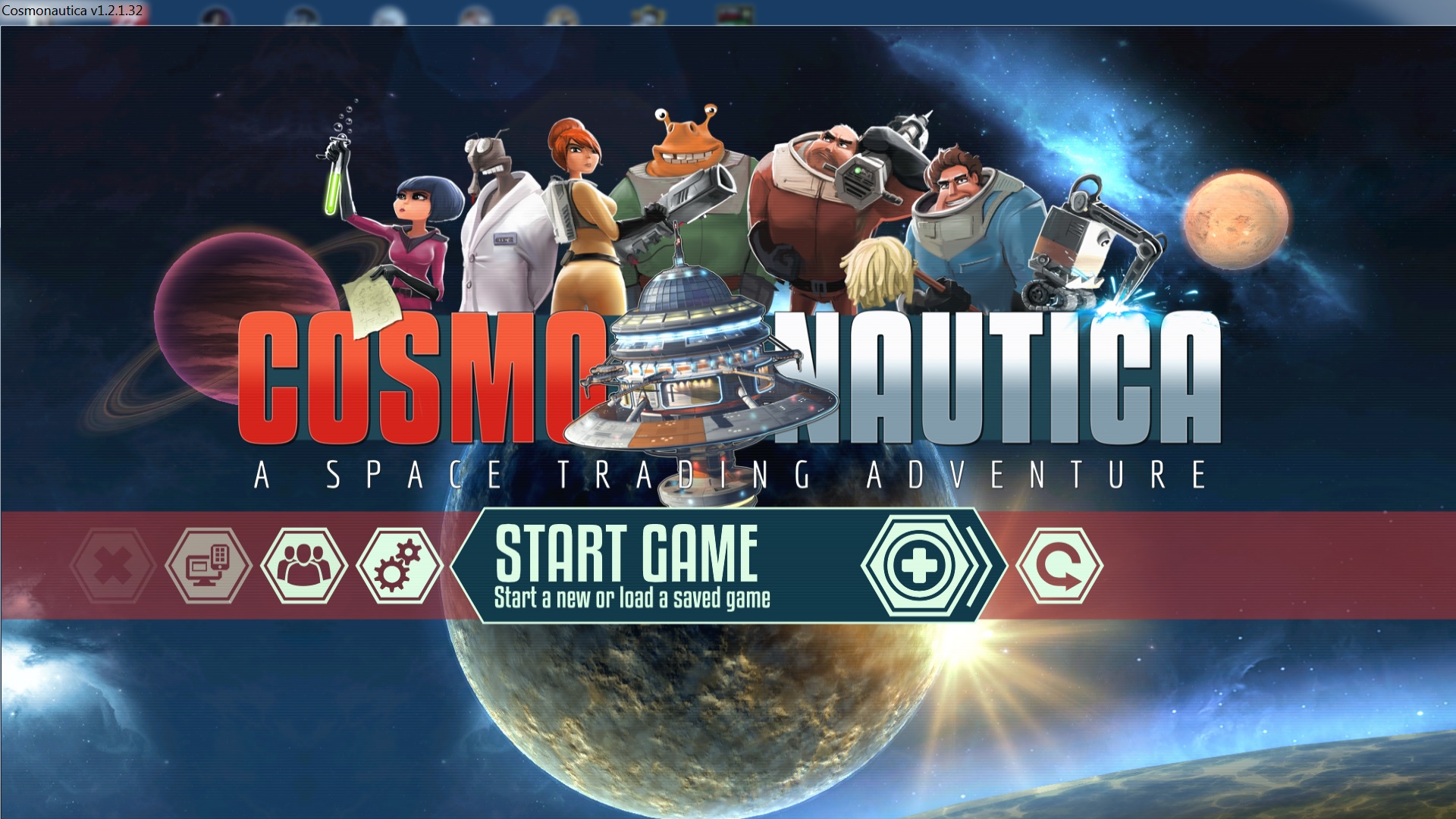 Did you ever want to play a serious and sophisticated space sim where well thought out decisions are the key to saving the universe? Well forget it, Cosmonautica by Chasing Carrots is about as far as you can get from that.

You awaken hung over and bleary eyed to the squawking of a mechanical parrot. Said bird gleefully and sadistically fills in some of the blanks in your liquor induced amnesia while also manipulating you into taking command of the S.S. Minnow… (for you younger fans, substitute “rust-bucket piece of junk” for Minnow) and the adventure begins.

As a spaceship simulator, this game doesn’t take itself seriously, actually, it doesn’t take you seriously either. You buy some rooms for your ship and hire yourself a pilot, all the while guided by the nefarious mechanical bird that seems to have an agenda of its own.

The premise behind the game is a humorous attempt at managing and growing your crew while upgrading your ship through research and upgrades. Eventually, you hope to even buy a new ship. Sounds cool right? And it could have been if only it were executed well.

Managing crew, (or rather their interpersonal relations with one another), is simplistic to a fault, just make sure everyone likes the same food group, (yes I’m serious), and they will all be happy as can be in no time at all. This takes one of the core principles behind the game and dumps it in the trash can before you’ve even left space dock. Of course there is more to taking care of your crew than making sure they all get along with one another.  You have to feed them, make sure they rest, have time to play video games and relieve themselves.

But while taking care of the crew is all too easy, the rest of the game turns into a huge grind due to lack of balance and pacing. You have to make money you see, and the only way to do that is by transporting goods and taking on missions, over and over and over and over… The profit margin for these missions is so small that you could find yourself flying back and forth hundreds of times just to buy a new ship or room. It doesn’t help that random events (such as a crewmember slipping on a bar of soap and suing you) only makes it harder to make money.

About those rooms, you have to research them first by buying and installing a science lab and hiring a scientist to operate it. This of course means more time flying around and getting nowhere, (like a hamster on an exercise wheel), as research takes way too long. (Grind away my captain, we have just begun).

The writing at least is amusing for the most part and at times it’s downright funny. However, there are far too many cringe worthy passages mixed in. Making matters worse, there are some bugs that will pop up from time to time, but at least the auto-save feature means you won’t lose much progress. Combat is actually pretty decent once you get the hang of it and have enough weapons, tech, shields, and crew to operate them. But to get that you need money and research, back to the grind for you!

Cosmonautica also includes the option of playing in sand box mode rather than campaign, (it’s a trap Admiral Ackbar), don’t do it! If the campaign is a grind, then sandbox is a super grind, (imagine all the faults of the campaign without the few saving graces it provides). All in all, I get the impression of a pretty decent concept that was executed very poorly and could have benefited from six more months in Beta. That said, the game does have a certain charm, (like a bad accident that you just can’t stop staring at).

In conclusion, if you’re a bit of a glutton for punishment and want to see what “Firefly” on acid would have been like, wait for a sale and grab it at GOG or Steam for the price of a cup of coffee, if on the other hand you’re looking for a serious well balanced sim, stay away… far far away.  No, further than that.

In all seriousness though. I wrote this tongue-in cheek, much like the game itself. If you’re looking for some easy going fun that won’t stress you out, this game may just provide the fix you’re craving. It may not have much replay value as it stands, but I can appreciate the attempt to offer something different and “lite” to us spacers, (or was that spaced out gamers).