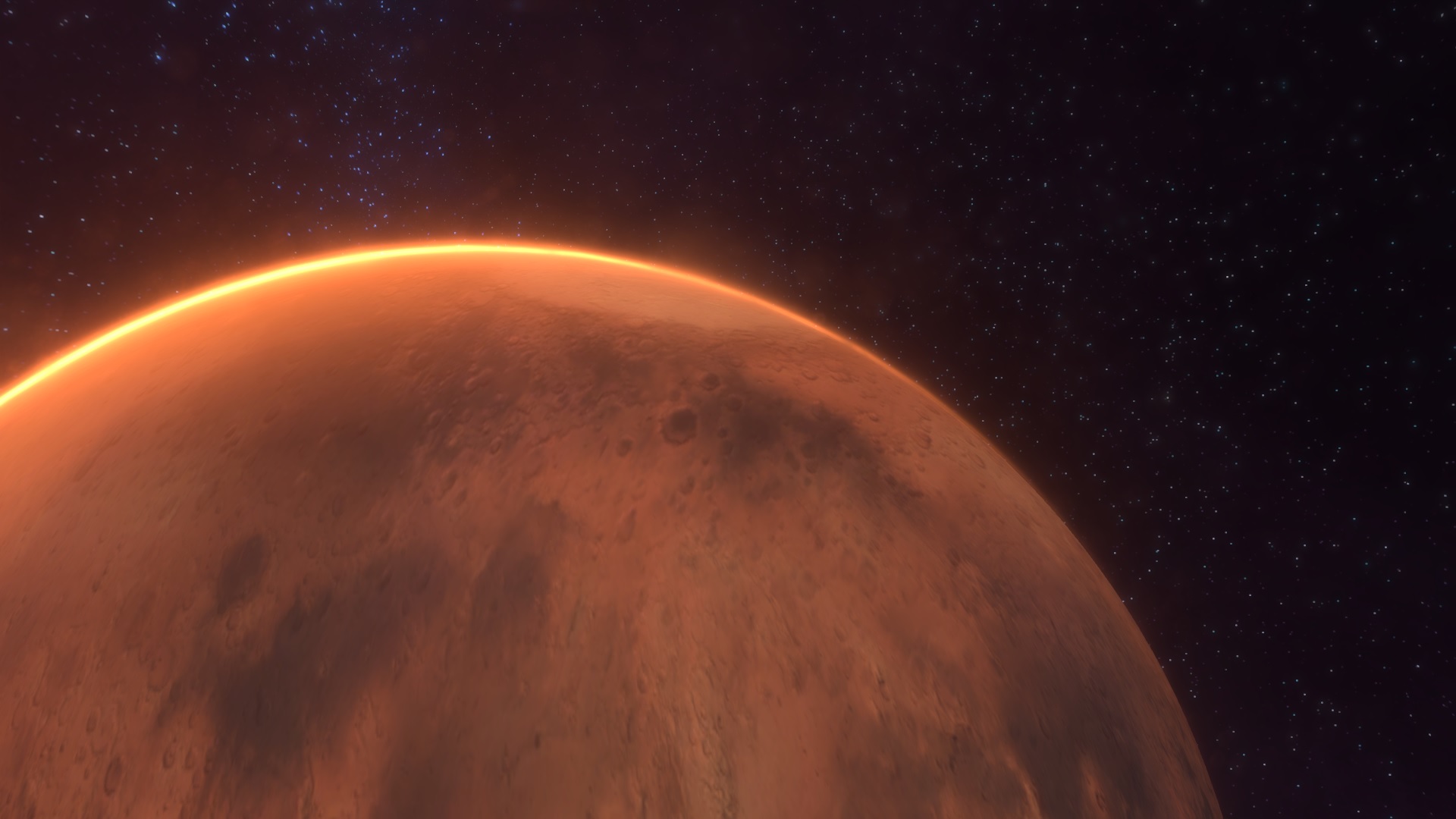 An anonymous quote states “They couldn’t find the artist, so they hung the picture”… and I find myself wondering if it is possible to hang a game. If it is, then Tharsis by Choice Provisions would make an excellent candidate for that hanging.

As a spaceship/survival game, Tharsis is all over the place. There are some aspects that are intriguing and beautiful and others that lead me to believe that the developer should never be allowed near a pc ever again.

The premise of this game is a mission to Mars, the reason irrelevant. But this is not a mission taking place in some far flung future, you are travelling aboard the kind of spacecraft that we could build today if we wanted to.

Your voyage to the unknown however quickly turns to disaster. Micro meteors damage your hull, kill two of your six crewmembers, and destroy your pantry where all your food stocks are stored. Instantly I suffer suspension in disbelief. Am I to accept that a trillion dollar mission aboard a spacecraft that is completely isolated with no chance of support, would not have redundant systems and stocks? No one thought of scattering emergency rations throughout the ship just to cover this type of contingency? Of course not, how else can we justify the player becoming a cannibal and eating crewmembers in the hope of completing the mission.

This turn based game then focuses on you attempting to keep your ship running and repaired while also keeping your crew fed… and it does it in the worst way possible, by turning into a board game. You have ten turns total, and each turn the ship takes damage. You must then deploy your crew to the damaged compartments and roll dice, (I kid you not), in order to fix the damage. Said damage will have a numeric value and the idea is to use the value of your rolls to fix it. Oh, and forget about hoping for high value rolls as those may cause damage to your crew.

Of course the game has a small element of research as well. You can allocate your dice rolls for that purpose in the hopes of gaining something to aid you. You can even hope for rolling doubles while in the greenhouse module which will allow you to harvest some nonhuman food. At other times when you are in the lab module for example, a dice roll may help you to assist a resource and avoid one of the harsher setbacks in this game.

Now, I’ve got to admit I love the setting, the art is great, the concept meh… and I absolutely detest the die roll thing. This to me makes the game feel as if there was a lack of creativity and it means that your success or failure will rely far more on luck than what you may be used to. Granted, the more you play the more your own skill will aid you, but a series of bad rolls in succession will doom you no matter what. I lament this game not for what it is, but what it could have been. Imagine if instead of rolling dice there were actual mechanics to deal with ship repair, and gaining food. Realistically it does come down to this, even your research is all about aiding these two things.

As if that were not enough, each turn that you use a crewmember means that they have one less die to roll on the next turn, (each crewmember starts with a variable number of dice to throw), and the most consistent way of replenishing dice is by feeding your crew. With your food stocks ejected into space, that usually means you’re searching for some fava beans and a nice chianti to go along with some poor schmuck’s liver.

Finally I have one more minor complaint. This game may actually be enjoyed by some as it is all about quick sessions, it may appeal to kids. Therefore the limited profanity serves no purpose. While I’m not a prude by any stretch of the imagination, the word f—k could have easily be replaced by something else and still retain the flavor and meaning that is being conveyed.