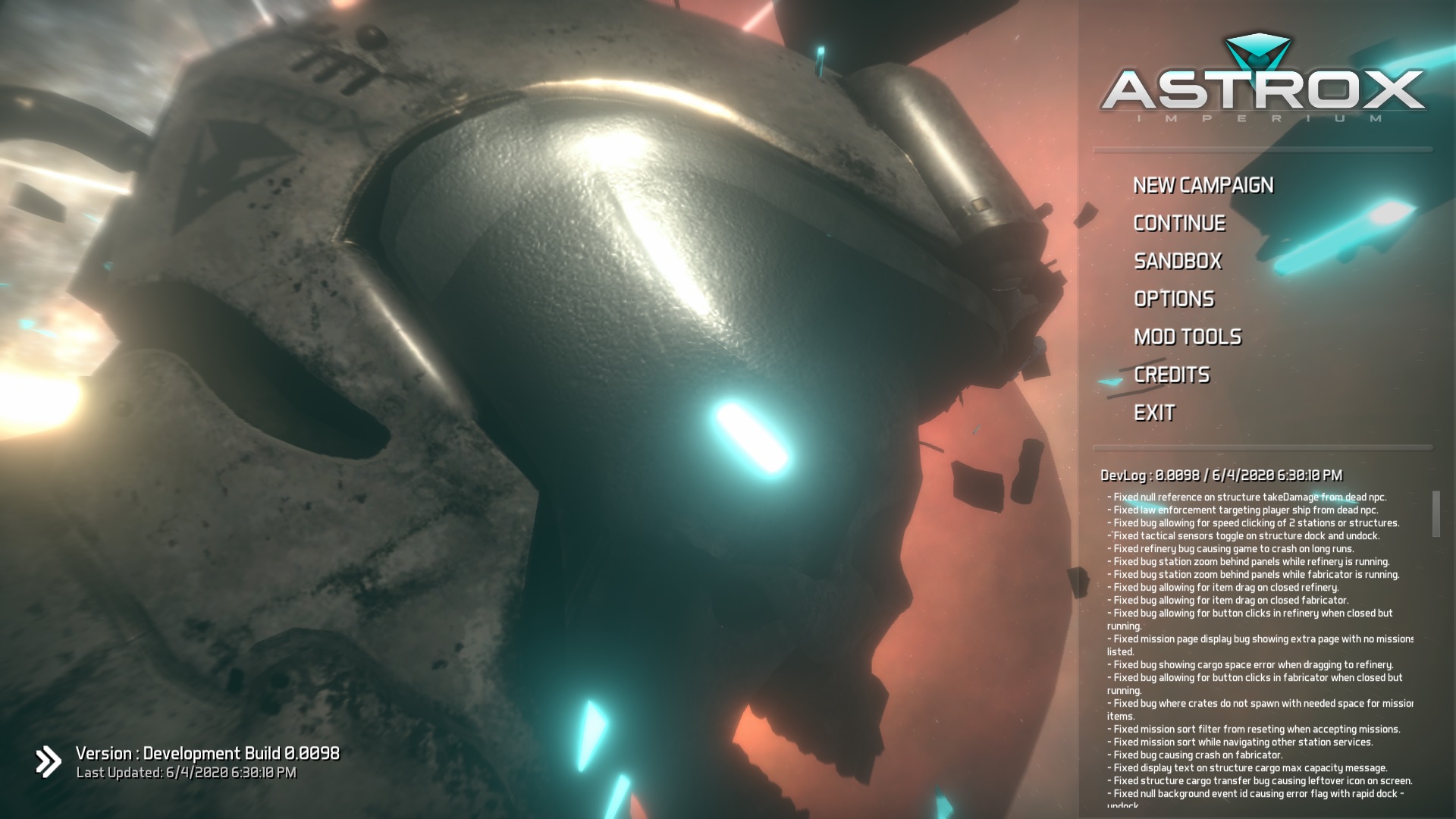 I first learned about this game right here on this site and it drew my interest. Normally I am extremely wary of games in development or even upon their initial release for multiple reasons, however I made an exception with this game and picked it up. Even though there is enough in the current build to do one, I will never review a game until after it releases, it wouldn’t be fair to the developer and it wouldn’t be fair to the community. But rest assured I will follow this game closely and return with a proper review at a later time, for now, I offer this preview.

Sometimes I don’t want to play a game as Emperor Palpatine, sometimes I just want to be Boba Fett or Han Solo. When that happens (and let’s be honest, it happens to many of us sooner or later), I find myself searching for a game that will make me feel like a rogue trying to make my way in a cold and uncaring galaxy. Maybe I want to be a hero of sorts, or perhaps just a rascal with no specific allegiance looking to survive another day. Whatever the case may be, Astrox Imperium by Jace Masula is the latest sci-fi action sim that might scratch my wanderlust itch.

Obviously there are already many games out there, (past and present, online and offline) that let the player do this in a simulated universe. With that in mind, I decided to take a closer look at Astrox Imperium and see how this game hopes to set itself apart or bring something new to the table. Instantly, I noticed two things that I want to briefly touch on as they may be vital. These are two quotes from Jace himself.

The first quote is this. “Astrox Imperium is my attempt to create the space game that I wanted to play, but no one had created…”Friends, I have to tell you, I cringe when I read these words from a developer. In a sense most developers do this even if they don’t state it. My problem with this is that “tastes” are subjective, it’s like food. Some people love bleu cheese for example, I don’t. I would much rather that developers tried to make a game that appeals to as great an audience as possible or a well-defined niche… (Make it a Pizza please).

But when the first quote is taken with the second, “… you will not find anything groundbreaking or innovative here. This game is meant to feel comfortable and familiar.” I get confused. Doesn’t this mean that the game no-one has made, has already been made? Actually it has, many times. With games like EVE online, Homeworld, Freelancer, Starpoint Gemini, and even Jace’s own Astrox: Hostile Space Excavation (released in 2016), Astrox Imperium is familiar territory. Normally I would think this is a great recipe for disaster. Yet there is a way for a game that doesn’t bring anything new to the table to shine. And that is to do what has already been done but do it better. (Make a tastier Pizza).

Ever curious and a fan of indie projects, I picked up the playable in-development version of the game and started to tinker around. For a one man effort, the thing that instantly stood out was just how good looking this game is, it is borderline gorgeous. That is not to say that all the production values are on the same level (yet), but the graphics… man this looks nice!

In a somewhat familiar setting, the player is inserted into the game as some poor schmuck that got rescued from a cryo-pod after decades of being frozen like a fish stick, (hmm, where have I seen that before?) and now has a lot of catching up to do. However, unlike some other similar titles, the player is not some predetermined character, but rather the guy or gal you create and customize. After that, our recently thawed hero/villain gets a quick briefing on a station that you can actually walk around on, before being given a ship and going out to make a living.

So how does a player go about making a living then? (Well me personally, I would just sell the ship and open a bar serving cold beers on warm summer nights… but that wouldn’t be much of a game). The player is going to be mining, transporting, escorting, hunting, etc. Does this sound familiar by the way?  It should, as you know this drill and you’ve done it before. You will however be able to set certain options and parameters at the start of the game which dictate the level of “grind” you will face. This I like!

Jace has also included some innovative and interesting mechanics throughout the game which were intended to spice things up. One of these “spices” is the way range is handled. Normally you would think that range was dependent on something silly like fuel, not here. It’s life support that determines how long you can stay out in space. When I first saw this, I was seriously thinking WTH? (This is the censored version). I mean we have nuclear submarines that can recycle and maintain an environment for months, an orbital space station that does the same… and some ship in the far flung future is running out of air? But I was mistaken. This mechanic works nicely and life support isn’t dependent on oxygen only. Food, water, and waste management are all factors that determine your overall life support. In addition, a more hostile exterior environment will also affect how long you can stay out in space. (Innovation in a familiar game that doesn’t offer any…)

I also want to chat a bit about combat as it’s a big part of any game like this. And here I will quote Jace once again. “Astrox is NOT a fast-paced space shooter… there is no mouse aiming”. Let that sink in my friends, some of you will love this, for others it will be enough to make you stay away from this rather intriguing project. Combat for a game like this, should allow for some sort of tactics. While this doesn’t have to be Freelancer type fighter combat, it should be more than just select the enemy and watch things unfold. This is one aspect of the game I intend to monitor closely as development proceeds. It can be the difference between greatness and meh.

What really has me thrilled though is the current state of the game and what is still being prepared in the kitchen. From structure fabrication to assigning mercenaries as station administrators, from story lines to sandbox play, and from missions to events… this game is ambitious in what it hopes to present to the player. If that were not enough, this game will also be extremely mod friendly for those of you that want to go that route.  And as for the Dev, I have to say he is downright driven, (like crazed madman driven), when it comes to this project.

Summing it all up, this game has me cautiously optimistic. And for any of you that want more precise details, you can visit his site https://astroximperium.com/ and see for yourselves some things that will blow you away, including a development process that is quite frankly astounding for its level of commitment. In short, this game is going to be like an open world, non-linear MMORPG, (described as EVE offline by many), without being either online or multiplayer. The advantages and disadvantages here are obvious. A player will no longer have to worry about other predatory players hunting newbs, but the developer will have to undertake a considerable effort in ensuring the game stays interesting and scales well.

I for one, am looking very forward to its continued development and will be observing quite closely.