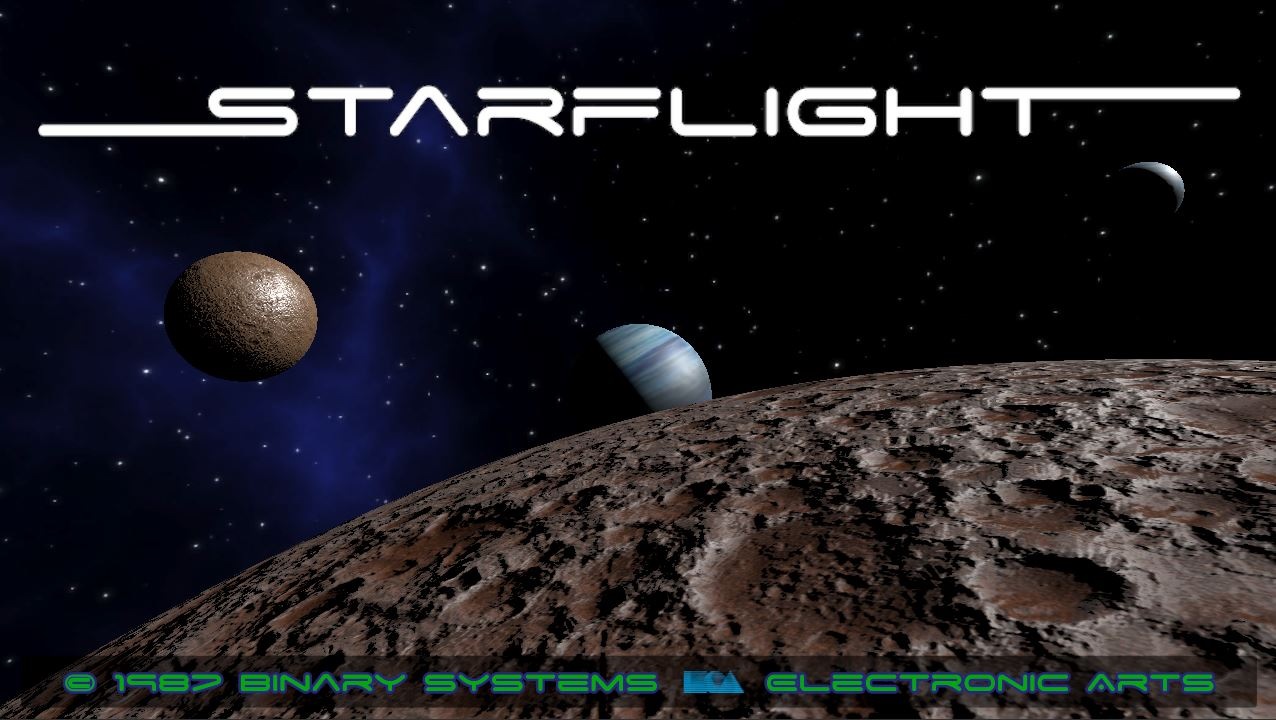 Once upon a time, pc games were a relatively new thing and the industry was in its infancy. But during those long gone days, there were some outstanding classics released, and Starflight by Binary Systems (released by Electronic Arts) was one of them. For those of you who played the original, not much needs to be said other than the fact that the game is being “rebuilt” in Unity and will be offered for free.

Behind this endeavor is none other than Marvin Herbold, a veteran game programmer who got his start at Bethsheda Softworks and has numerous titles under his belt. Marvin has taken up this re-make as a hobby and tribute to a game that he loved playing as a younger man and is now attempting to bring this beloved classic up to today’s standards.

If you never played the original, it is an epic adventure set in space that will see you attempting to unravel a mystery that threatens the galaxy.

You start at an orbital space station and select a crew. Your crew can include members of various races, but you will need to be careful in whom you select. Certain races make better pilots for example while others are better engineers. The problem is that some races absolutely hate one another, (tends to happen when one race views the other as a delicacy), and their presence on your ship means you may be attacked on sight by their adversaries. Of course you can also pick up some Androids to staff you ship, but unlike organic organisms you cannot increase their skill levels.

Once your crew is selected you can check up on the news and perhaps find a mission that needs to be done (earning you a nice bonus), otherwise you head out on your very basic ship and look for planets in order to mine valuable minerals and earn some cash. Doing this means entering orbit around a planet and scanning it. If it looks like a good prospect you land your ship and get to work. Of course you better pay real close attention to the scan results as some planets have a gravity that will squash you like a bug while others have real nasty atmospheres.

Eventually though you will upgrade your ship (and the Rover you use to mine minerals) to very respectable levels. This means more weapons, range, defenses, etc. and you will head deeper and deeper into space as you discover aliens and seek the answers to multiple riddles. This game, being a product of its time, means no-one will hold your hand. You literally have to go on a multi-year (game time) mission of discovery into a huge galaxy featuring hundreds of star systems and over a thousand worlds to visit. Oh, and the galaxy isn’t always a nice place.

This was cool decades ago, but the thought of seeing a modern version of this game is truly exciting, both for those that played it in the past and those who haven’t, but want to try a vast adventure in space. Even better, there are already a number of builds available to download and try, you can find them here https://bravearmy.com/starflight/ along with other news about this project.