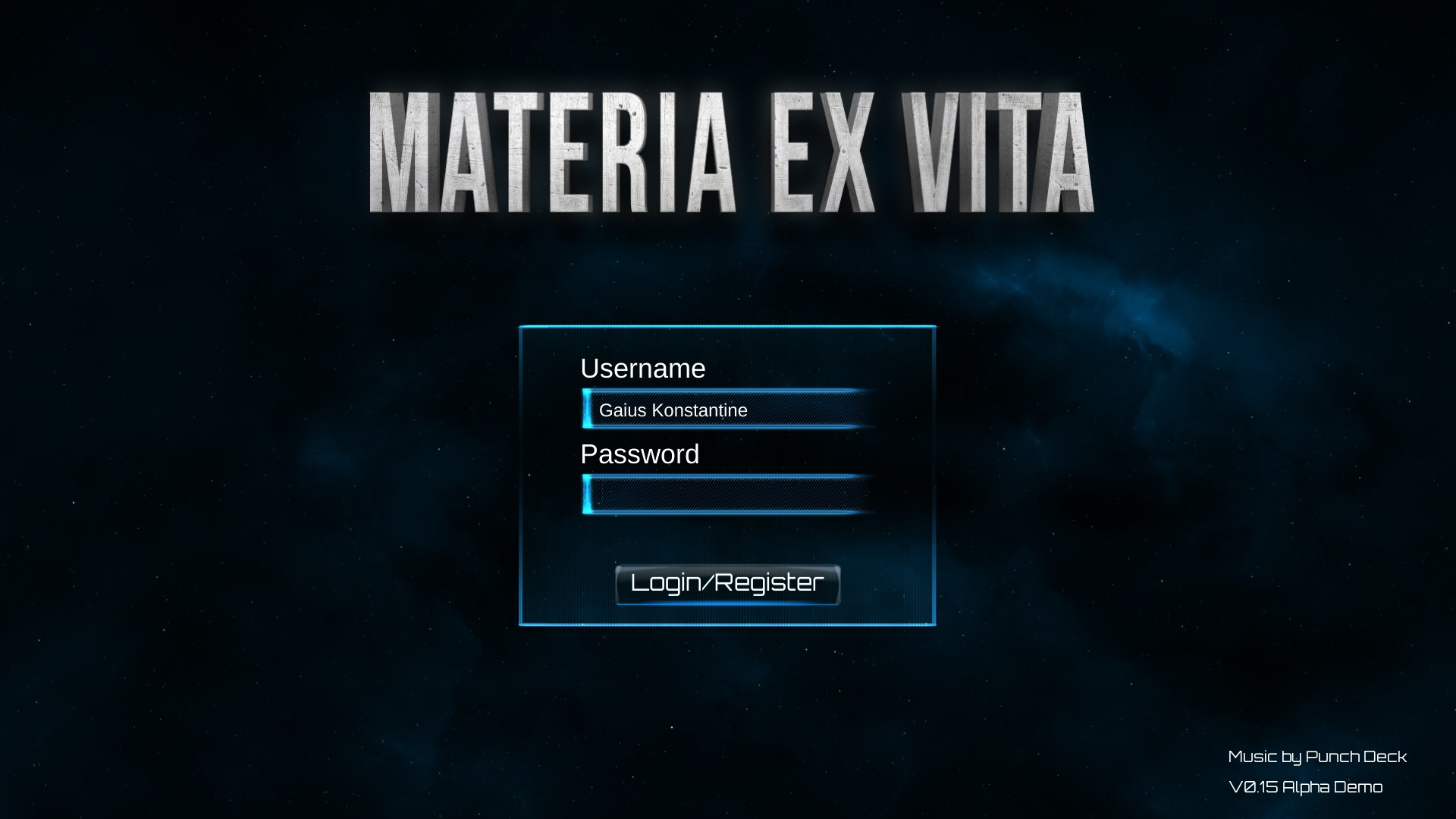 I don’t want to play as a ship… I want to play as an individual piloting one. That in essence is the biggest complain I have when it comes to playing space sims. Materia Ex Vita by BigBoot looks like the perfect game to grant my wish.

(First a quick acknowledgement and credit to Pinback. It was he that brought this game to my attention and without that, it’s very possible I wouldn’t have heard of it. Thank you Pinback)!

The premise behind this game may sound familiar, and in the developer’s own words it is this. ” Materia Ex Vita is a space combat/simulation game. It features a large simulated galaxy with thousands of playable worlds and space stations for you to cause mischief on!”

Ok, nothing too original there but the execution of this concept promises to be both fresh and brilliant. You walk to your ship and enter it, looking around at everything from your FTL drive, to your locker and your bunk. You glance towards the Bow of the ship and you can make out the pilot’s chair in the center of the cockpit. You walk forward towards the cockpit and sit down in the command chair as the controls become available…

The default setting for this promising game is first person view, and if you look at the ground in the right way, you will even see the shadow you cast. A player can easily switch view if desired and follow their avatar instead, this is a nice touch and will please anyone that doesn’t want to spend the entire game looking out from someone else’s eyes.

Once in space the player will have tremendous freedom of choice in where to go and what to do, though you can expect combat to play a significant part in the game. But even here, a player can expect a very nice twist. Combat isn’t going to be restricted to space. That “mischief” that the developer wrote about could also be you drawing your sidearm and getting into a firefight on the ground. (Yes you can be Han Solo, and I’ll never ask if you shot first).  By blending some First Person Shooter into Materia Ex Vita, the dev has not only expanded the concept behind the game, but in my opinion has raised the immersion factor to outstanding levels. (You’re a person not a ship!)

The galaxy itself promises to feel like a galaxy and not a tiny fraction of one and many discoveries will await you. What exactly will you find out there? Well to tell the truth I don’t rightly know at this point, it’s quite possible that no one will know until they go out there and discover for themselves all the wonders (and perils) of space. For me personally then, this is exactly the kind of thing that can give motion and life to a simulated galaxy, true discovery where even the dev himself can be surprised at what is there waiting to be found. A player will be able to go completely rogue in this galaxy or take part in occasional campaign missions as desired.

Graphically the game promises to be quite pleasing on the eyes and from what I’ve seen so far in the videos and pre-alpha, I believe it. This is going to look real nice folks, but expect some heavy demands on your machines. Currently there is a pre-alpha demo available to try here https://dante2001.itch.io/mev and I urge fans of the genre to give it a ride, this game is absolutely worth keeping watch on.

Friends, this game is at an early stage of development and is very ambitious in what it wants to bring to the on-line gaming world. The truth is there is a single developer at the moment and I am astounded by both what he wants to do and what he has already done. While the concept of what this gentleman is trying to do is nothing new, the execution is unheard of. Think what it will mean to dock not only at stations or with other ships, but also be able to land on planets heavily populated by NPCs and other “surprises”. The immersion factor alone is going to be off the charts.

Now I’m an older gamer, I’m harsh on games and a bit of a cynic. In this case though, I’m rooting for this guy and will throw some personal support his way, I’m that hooked on the idea.