Skip to content
Forums
The Great Beyond
Mobile and Web Gami...
Darkdawn: Encounter...
0.92 Update live on...

0.92 Update live on Windows and Android

As of last week, both Android and Windows versions of DD:E have been fully updated to version 0.92b. This latest release adds the first few of Matt Fossa's new music tracks to the game, and introduces the Captain's Office, the campaign mode and story hub of the game. Here is where your Captain keeps mementos from his journeys and encounters, and where he is briefed by the admiralty and stays in ouch with his acquaintances.

Windows users on all devices (phone, tablet, and desktop) are all now up to date, including all the updates from the 0.91 release which was originally leapfrogged on the platform for technical reasons. 0.91 included two new playable ships (the Advanced Frigate, and the Ikha'ari missile destroyer), along with new skins for existing ships.

As a reminder, though DDE started life as a mobile game on Android (and is listed as a mobile game here on SSC) it is available via the Windows store on desktop and is fully playable with mouse & keyboard, or with a gamepad. 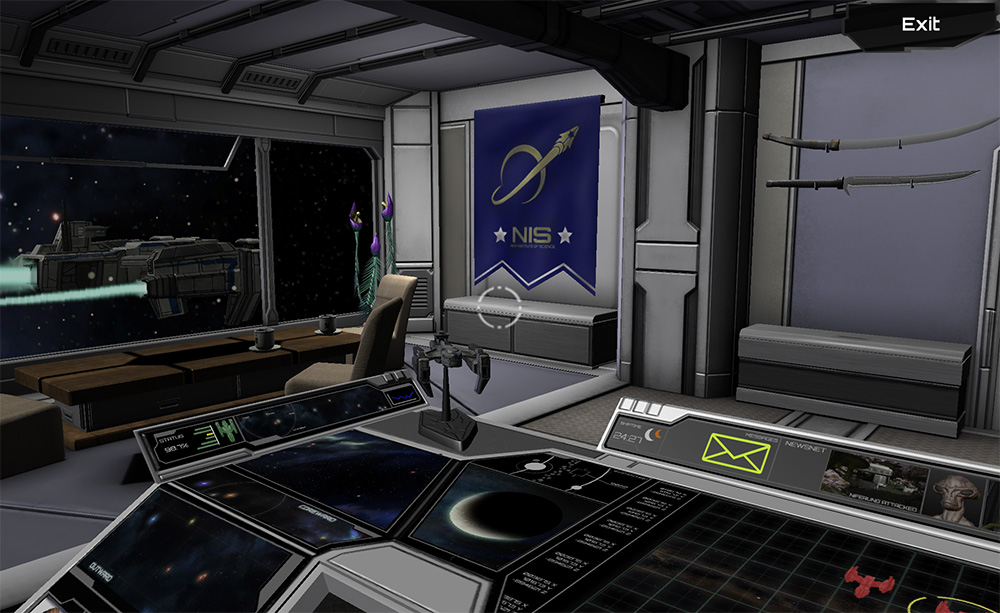