Skip to content
Forums
The Great Beyond
FPS, Strategy and T...
Lifeless Planet

Quote:
My goal with Lifeless Planet is to build a game that puts the adventure back into "action-adventure." I grew up loving games like Out of this World, The Dig, and ICO, and I want to create a gaming experience in the spirit of these true action-adventure games. Don't get me wrong: 3D is good. Platforming is good. But I love games that combine great graphics with great stories.

Lifeless Planet has quite a story to tell. As I write this, the Kepler Telescope has discovered over a thousand new planets orbiting other stars in our galaxy. Of these, at least 60 are comparable in size to the Earth, and a few are within the habitable zone of their starÃ¢â‚¬â€meaning they could harbor life.

Looks pretty good, the trailer reminds me of the film Moon.

What a great trailer for this game. Looks very interesting and hope they get all their funding met because this game deserves to be made. I like the mention of 'The Dig' that was a good game.

Will add this game to the list, good find Pinback.

Hope they can get it together although as itÃ¢â‚¬â„¢s a download I will be stuffed with my lousy broadband, hope they may get a box release in the future.

That reminds me I must finish playing the Dig one day.

Some good news for lifeless planet as the they have successfully reached there funding goal. 😎

This is great news. I have to remind myself to pre-order this game for myself sometime before the end of the year. I will try to contact the developers soon to see if they might want to have some forums here?

Going to get a copy of this but will do the pre-order nearer the time of release.

Pinback any word on digital release or where it will be release on?

Not seen anything about the digital version, only noticed the release date for the box version when I was looking at the coming soon section i see it say the 23/11/12 now.

Here is a newer trailer to Lifeless Planet and it does look like it will be released by the end of the year.

Nice 😎 I had forgotten about this.

New trailer out for Lifeless Planet.

Looks like the game may be out at the end of September as well.

Just seen that the game is now available on Steams early access.

I was checking on this game recently too when I was updating the 'greenlight' area of the mainpage and I cannot wait to see what this game looks like when it is done. This is the type of game I would not want alpha or beta access too just because it is an adventure game I hate spoiling the game by playing it early and before it is done. But that is just me. I like the whole concept of the game.

literally took my breath away.

Good point that D1 about the more linear or story driven type of games.

That trailer really reminded me of the Journeyman Project for some reason.  Looks like a very atmospheric game, one that I would enjoy playing.

At last a release date and a boxed version of the game to boot as well http://www.lifelessplanet.com/

Launch preparations are nearly finished... and we've set a date for the full release of Lifeless Planet!

Lifeless Planet will be available to purchase from Steam and all other leading digital retailers on June 6th 2014. The game will feature English text and voice overs along with full text and subtitled localization into German, Russian, French and Spanish languages.

Selected UK retailers will also be stocking physical copies in stores the same day with further releases to follow throughout Europe and the rest of the world.

Please note the beta build on Steam right now includes levels 1-6 of the 20 levels that will be in the final version of the game. It is also being offered at a discount off the retail launch price AND by purchasing the Early Access build, you will automatically get the full release for no extra cost on June 6!

The English version is up now, but more subtitled versions are coming soon, along with a Mac build. After you play the beta, please post any bug reports or suggestions in the Steam forums or at feedback.lifelessplanet.com.

Thanks for supporting Lifeless Planet... now prepare for liftoff!

June 6th, wonder if this will be included in the yearly summer sale on steam. i really do hope the adventure aspects of this game are good 🙂

Same here as I have been waiting a long time for this one.

Got the disk version of this for Â£9.99 cheaper than the digital version, although it does have a bit of an odd install as their was only about 200 meg on the disk with the other 300 odd meg being downloaded from Steam.

I am maybe about half way through it and I can say that I am enjoying playing it although it not too taxing a game with a great story line and game atmosphere which make you want to see the next bit.

Although having said that their is a couple of negative points, one is the console like save points which some times dumps you back at the start of a level and the rather empty levels themselves which consist of mostly empty desert, Could have done with some more side quest in the game and a bit of variation in the landscape although you do get some great views

Not really game related but theirs an indie film in the works that uses the story of the game.

The next chapter in the Lifeless Planet story... 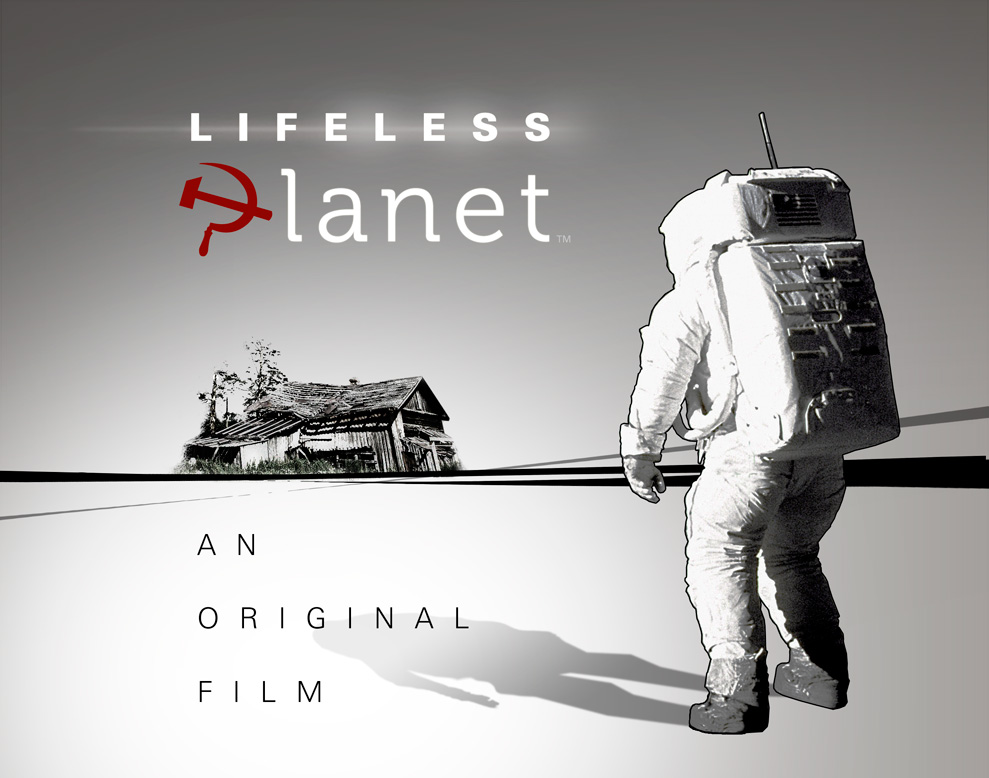 At E3 this summer, the team at Wayside Creations introduced themselves to me at our Xbox One booth. Wayside has made a name for themselves by creating unique and high-quality films based on video game stories, including several extremely popular series up now on Machinima Prime. And now they want to produce a film based on the Lifeless Planet story.

I've been approached by several studios about making a Lifeless Planet film, but these guys are the best choice because they have a proven track record of creating exciting and interesting video game films. The point is not merely to re-tell the Lifeless Planet story, but to flesh out the characters and the world in a fresh way that is best done through live-action film.

Check out the Lifeless Planet film project on Kickstarter for more info and how to get involved.

The Premier Edition of Lifeless Planet is now available on PC and Mac. This remastered edition brings new content and improved graphics to the desktop versions of the game.

The Premier Edition (v 1.5) is a free update to existing owners of Lifeless Planet through Steam and Humble (other platforms coming within 24hrs). Simply update the game through Humble or the Steam Client to play the new version.