Skip to content
Forums
The Great Beyond
FPS, Strategy and T...
Space Pioneer

claims to have the backing of

Our team consists of world famous astronauts, engineers, designers, programmers, artists and architects who allow us to construct a game that will be the most accurate virtual representation of our universe to date.

Although the  video does not say much about anything, think it would be better to wait and see what else they post before anyone considered backing it.

The core of our game revolves around the exploration of our virtual in-game universe via an upgradable and customizable spaceship â€“ with the player having the ability to colonize other planets using a unique combination of RTS mechanics. Most games that incorporate real time strategy into their game-play focus on squad tactics and small bases; what our game does is allow you to build humungous cities and colonies, whilst preserving all of the elements that you love from the RTS genre.

The player can build Space Stations and can come into contact with other sentient species. He/she can choose to coexist with said species, or compete with them. In order to incorporate other non-earthly sentient life, but still maintain our purpose of making an educational game, we are enlisting scientists and designers who can help us put into our game, plausible forms of alien life. It is entirely possible that in our hugely vast universe â€“ exists other sentient forms of life, and we want to be able to represent that in our game.

Space Pioneer will allow you to coordinate small/focused excursions into rival territories, whilst also giving you the option to conduct massive interplanetary battles with rival civilizations. You can establish trade routes with other sentient life or punish them economically by setting up embargoes and trade restrictions. How you play is completely up to you â€“ be it peaceful or aggressive.

The most important thing for our team when developing a game is to ensure that it is fun to play! We want to make a game that is educational and scientifically accurate, but also deeply satisfying and fulfilling. This is why we want to have an extreme amount of customization in our game â€“ everything should be customizable; the engine of your spaceship, the design of your space-station and even the interior cup-holders can be tweaked and changed to your heartâ€™s content!

We donâ€™t want for every player to have the same exact experience; we want you to be able to explore and conquer the universe the way you want to, and not the way we expect you to. If you want to go about destroying everything in existence (including the universe itself); then you definitely can, provided that you have enough capital.

Capital dictates everything you do in our universe â€“ be it upgrading your spaceship to include an ion sail as its main form of transportation, or making your awesome cup holders blue. Fuel is bought with capital â€“ which enables you to explore deeper and further into our universe.

You will be able to construct fuel depots wherever you have a space station built. This allows for more strategy in our game â€“ the proper placement of fuel depots and space stations allows you to gain a competitive edge against your foes - and can benefit your allies. Fuel depots also allow you to explore deeper into our universe, without going all the way back to earth in order to refuel. 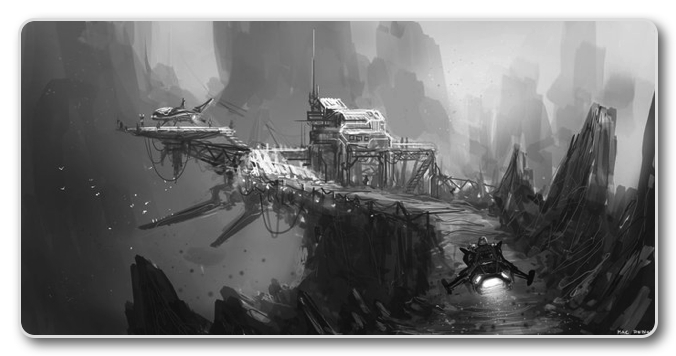 There will be two primary modes in our game; single player and multiplayer. Single player encompasses everything that has been written above â€“ while multiplayer adds other players to the fold that will compete against you to assert humanityâ€™s dominance in our universe. In multiplayer, everyone starts out with a spaceship that has traveled to a random point in our cosmos. From there, you are free to expand and conquer the universe. In addition to this free roam of sorts; there will be a separate menu for concentrated RTS battles set on either moons or asteroids. There will also be a coop mode where you and up to four other players will compete against an NPC on a dwarf sized planet.

In free roam mode; whenever you log into multiplayer, there will be 128 other players in your game â€“ if you get destroyed, then you start out on a different server with similar leveled people. You do not lose your level status or your capital, and if you are conquered by another player â€“ then you get back part of the capital you spent on colonies, space stations and so on. Your spaceship cannot be destroyed and carries on into the different server if you get conquered. If you are conquered and join another server â€“ then you will spawn sufficiently far away from other players that you have time to rebuild your own colonies, stations and so on.

Our game will ship with two different language options â€“ English and Russian. We really want to add French, German, Spanish and Japanese â€“ our team will implement said languages if we go beyond 130% in funding. Also, we are strongly against any form of DRM; our view is that all it does is harm the people who legitimately purchase and play our game. So we are proud to say that Space Pioneer will be completely DRM free.

That "Out Team" list makes me kinda wonder. ... Time will tell.

Thank you for visiting our website. Please excuse us while it is being updated.

We will be back shortly.

They should have had that  site up and running before the Kickstarter pitch was done, still they have 57 days to go but they are going to have to add a lot more details about the game if they hope to make their target.

Send a little general message to Maciej Rebisz. Praising his art, with a link the the kickstarter page. Hoping on some useful addition information. project is a bit lacking in needed credibility to me at the moment.
He thanked me for the link with a smiley ... so I still don't know anything useful. lol

Twitter still empty at this moment(no tweets), just like the main homepage. Although, its already following 10 space related tweets.

Anton Ivanovich Pervushina (Writer-1): talking about space poineer on facebook (not in English)

http://www.youtube.com/user/pronlo/videos (first two vids where used on the SpacePioneer website (pulled from Google cached pages of the web-site.)

The more I see/find, the less credible this project becomes. 🙁

Seems I overlooked a site. (no point in a topic bump, as there is no real news to report)
http://spacepioneer.net/ (created at 11 Jan 2014)

Containing a bunch of separate paths (internal links) ... that all show the same page with the already known general game related contents.
Tagged as a game-fan created site by "Anton Pervushina". But the fact that its dropping kickstarter cookies makes we question that suggestion.

... Some social network site, where some of the project related individuals are chatting.

They do seem to have a credibility problem.

The whole project looks to have been rushed out, I guess only time will tell if it genuine or if it's just smoke and mirrors.

http://spacepioneer.org/ is finally "out of construction" mode. No new info though. Just reiterating the initial info.
(Including a link to this topic in the kinda large "Press about us" list. o.O ... more reiteration.)

Looks like they have done one update but oddly you have to have backed the game before you can see it?.

Looks like they have done one update but oddly you have to have backed the game before you can see it?.

Back them for 1$ and set KS to remind you about ending.

According to their last update on Kickstarter they are going to be trying again in a month or so with I quote an "awesome gameplay trailer " which it will have to be if they ever want to get anywhere near that target.

Our Kickstarter is ending today, and itâ€™s clear that we arenâ€™t going to reach our funding goal. This means that you will not be charged for pledging to our Kickstarter. With that said, we are still going to continue development on Space Pioneer and we would be very appreciative if you could re-pledge via PayPal: http://spacepioneer.org/buy-space-pioneer.html

We are making an awesome gameplay trailer that should be out in roughly a month, and we will re-launch our Kickstarter when itâ€™s ready. But we need your support on PayPal to finish this trailer and to continue development on Space Pioneer up until that point. Thanks to all of you guys/gals for your continuing support for our game!

Agree with you Pinback, if they ever want to have a successful kickstarter they will definitely need some gameplay video. I mean anyone can talk about a game and make it sound good, but I need screenshots or video to show me that the game is close to what they are envisioning it to be or whether I would like the game or not. I have seen games change direction after I have kickstartered them.

@sscadmin, you are totally correct there.  If there is one thing I learnt from running my own kickstarter (well, actually indiegogo) it was content, content, content.  fresh stuff, updated regularly.  Not easy to do if you don't have much to show.