I don't think Putin would have went into Ukraine if Trump was in office now,

I ain't so sure about that. When Trump was POTUS, I got the impression he was in favour of withdrawing from NATO/Europe.

I got the impression he was in favour of withdrawing from NATO/Europe.

Oh there is some truth to that because USA was paying the majority for NATOs upkeep and Trump wanted all the countries in NATO to contribute more, whether its money or equipment/troops. And if you look at this ranking you can see why Trump put up a stink about NATO funding from the other countries compared to the USA

Here are the 10 countries with the most NATO spending (number in millions):

Do the numbers by % of GDP and the disparity is not so marked as with actual dollars spent.

So the Russians claim to have left Snake island, in as they say it a "gesture of goodwill".

And our defence minister here in Britain said yesterday that "Putin suffered from small man syndrome". 🤣

And our defence minister here in Britain said yesterday that "Putin suffered from small man syndrome".

Russia claims they have total control over Luhansk Prov.. https://apnews.com/article/russia-ukraine-kyiv-donetsk-c65edd033ee98362f031327ff748e31d

I know why we destroy all the infrastructure in war, but with Russia actually wanting to utilize Ukraine for its land and resources they are destroying everything that would allow them to prosper in their victory if that comes. But since China might ask Russia for pipelines for NG/Oil they may have the money to rebuild everything... guess we will see how the months go.... analysists predict that the war will not end in 2022.... if that is the gas this is going to be an expensive winter for everyone

The US has just flipped the finger at China, in no uncertain terms. This could turn nasty!

China would never attack the USA, but they could attack Taiwan... but I don't think they would do that right away. But if they are going to attack they will do it before Biden leaves office because he is weak anyway. Plus China knows they are overmatched when it comes to military hardware and just plain experience in fighting.

I think if I was China and wanted to hurt the USA. I would just stop exporting everything to the USA for a few months. Shit China makes like what 70%+ of all the medicines and drugs on the market. Yeah the western countries may design and create the drugs but China is the majority manufacturer for the whole world basically and that is its strongest weapon against all the western countries.

Kinda like what Russia may do to Germany, with the whole cutting off the fuel to the country.... if they do it. Germany will be in some major trouble.

ALL of the western countries screwed up, we outsourced our own demise and its going to come back to hurt us eventually.

Its plain and simple, we cannot let China take Taiwan at all. If they do they will acquire like 70-90% of the semi-conductor chip manufacturing in the world then everyone will be in a world of hurt.

We have to start building and manufacturing in our countries again so other countries cant have their way with us. We did this for profit/money, when we should have thought about national security. If we go to war over Taiwan its not about the people, its about what they provide the world that is important. It would be like a country having 80-90% of the fresh water on the planet... eventually countries will want it regardless of the risk.

We will see what the next few weeks bring.

No doubt the Kremlin will be blaming Ivan the smoker again for the setbacks as he already got blamed for the sinking of the Moskva and blowing up of the air base in Crimea.

Yeah I have been seeing all sorts of news on Ukraine's progress in taking back occupied areas and winning all sorts of engagements. Of course there is causalities on both sides 🙁 but looks like Ukrainians are taking back their country slowly and the war should slow down soon because the winter is coming too.

I guess all the help from the NATO countries have helped greatly and I am sure Mr Putin is pissed about that because its making his job so much harder. And I seen all the protests in Russia as well so I am sure morale is low. 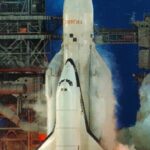 It's not a truth what our people's morale is low. Such troubles can't break morale at this difficult world situation. The only thing I can say is that you should not underestimate the opponent. the future is not static.