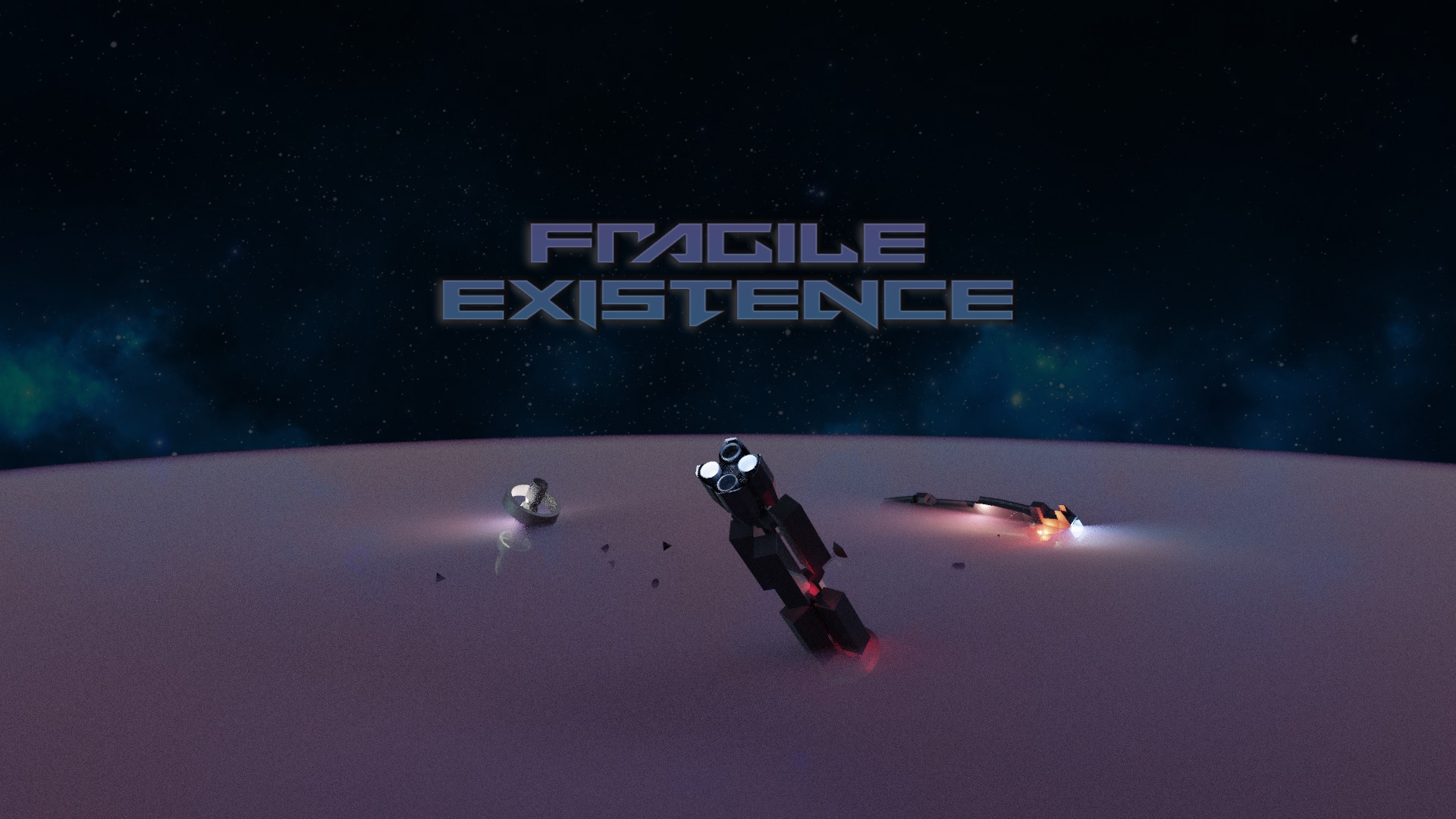 Hello everyone, it’s been a while and I hope you are all well.

Today I want to share a very early look at Fragile Existence, a game being developed by Lee Harris. I suppose that I should start out by saying that this title is influenced by such classics as Homeworld and to a lesser degree, Sins of a solar Empire… it is also very heavily inspired by Battlestar Galactica. In short, Fragile Existence is an up and coming RTS/SIM hybrid.

The premise is fairly straight-forward, you start on Earth in the not too distant future when an “Independence day” type of alien attack takes place…except this time, we lose. In Lee’s own words, the backdrop story can be summed up as this…

“When Earth is attacked by a devastatingly hostile fleet of unknown origin, the last remaining ships carrying what is left of humanity must find a way to work together and continue to survive out in the harshness of space, pursued relentlessly by the alien fleet. Your handful of ships of numerous classes will need to be maintained, fueled and kept stocked with the means to fight whatever you may come across. People left is a number that can only tick downwards as you struggle to feed, entertain and make life or death decisions with every planetary mission to find the resources to keep the fleet functional… Fragile Existence is a space real-time strategy with tactical pause, where you control the fate of a set fleet as they move from system to system, encountering ruined colonies, vicious alien life-forms and harsh environments, taking part in RTS-style ground missions on procedural worlds with fleet support, manufacturing and researching, in a survival twist on the classic 4X formula”.

The problem I have with that description above is that it really doesn’t do justice to what is being attempted here.

Maintaining your ships for example will require materials and resources, to get them, you won’t just be clicking on a planet and watching some slider fill up. The player will need to actually set up an extraction base on the surface, and in many cases a defensive perimeter around it to keep hostiles away. These hostiles can be alien wildlife, rogue factions, etc. In the meantime, as you gather your fuel and resources, that pursuing enemy fleet gets closer. How long do you stay? How do you balance the risk and reward?

Maybe the most mineral rich planet is right next to the warp in point, and you really need that Titanium to manufacture some new hull plating for the cargo ship that has been limping through space for the last few systems, but that planet has hordes of alien creatures that don’t look too inviting– and from the moment you enter that solar system the clock is ticking until the invasion fleet catches up with you from that very same warp in point, and that’s the planet they’ll check out first… Do you have time to send a small military force down, establish a perimeter and a small mining operation? Do you do this whilst sending the rest of the fleet further into the system looking for other planetary prospects? Do you split the fleet and leave some ships to support the ground operation? Do you pass up the opportunity and hope easier mining chances will exist on planets that look much friendlier? How do you weigh up the expenditure of fuel, ammo and manpower devoted to each ground mission along the way? How long until you just run out of the things you need to keep going…?

The concept being attempted here is intriguing to say the least. The player will act as a fleet commander, logistician, politician, explorer, (and possibly psychologist), as the game becomes one of survival in tense and unexpected situations. In a sense, Fragile Existence may evoke a fleshed out, detailed, and far deeper FTL, where the player is managing not just a single ship, but an entire fleet peopled by the last of humanity.

In conclusion, we can expect to see a game that is familiar in concept but with some twists in execution, a game where both the known, and unknown, must be leveraged to counter a clear and potent threat. The player will need to balance the needs of the fleet, society, and possibly individual characters in order to survive… and it doesn’t seem like it will be all that easy to do.