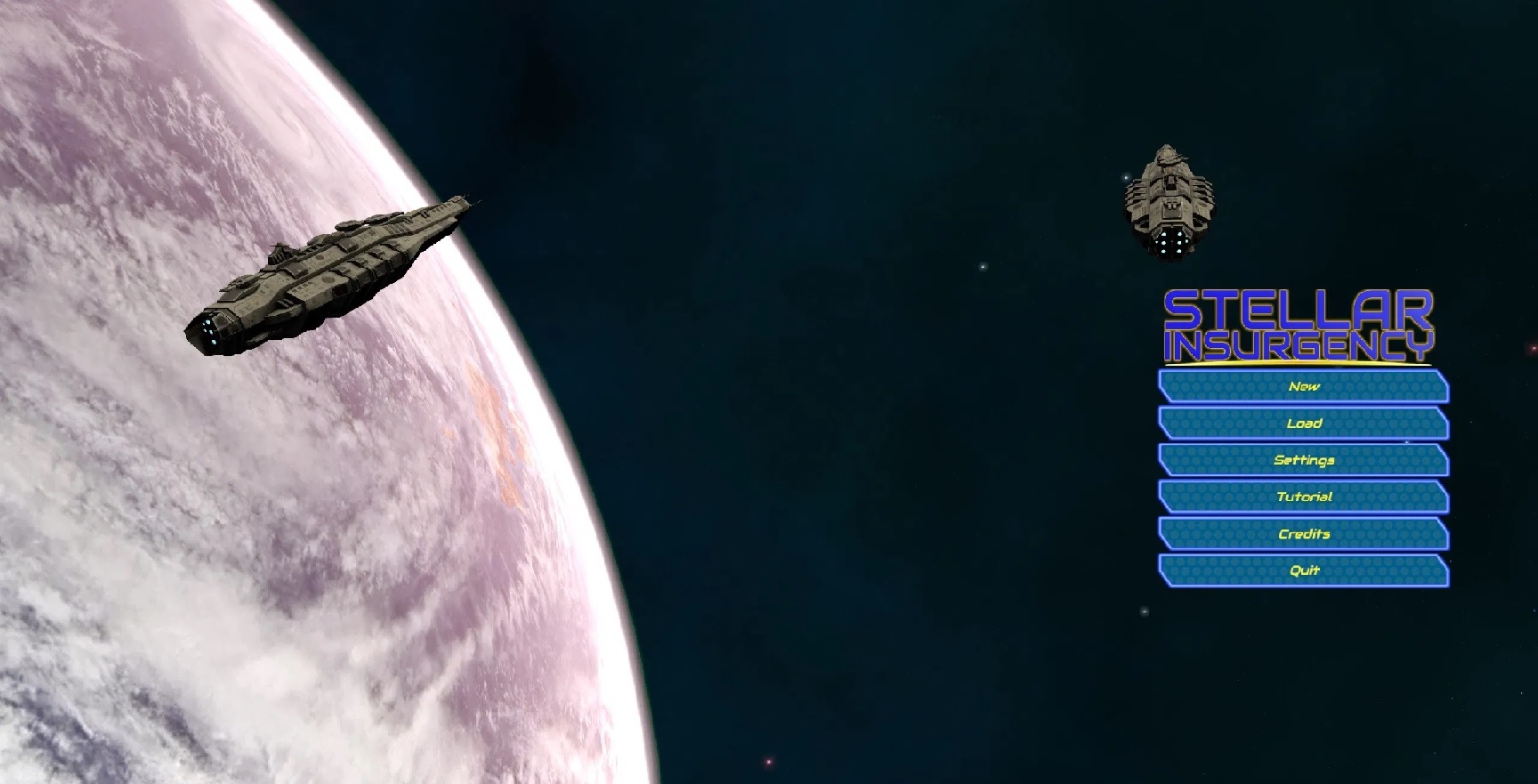 Games and more games, it seems that it’s hard to keep track of what’s in the works these days, and harder still to determine what will actually get completed. So where does Stellar Insurgency fit in? Apart from a cool sounding title (yes I admit it, that’s what caught my attention), this game promises to be a single player 3D space game combining RTS and RPG elements.

I have to confess, when I first read that description I was…”meh”. Perhaps I’m jaded these days, or games have reached a point where it’s hard to bring something unique and original to the fans. I don’t know, but more and more I’m seeing genres being combined in the hopes that players will be hooked into something that at least sounds innovative. Problem is, many times the execution is so horrible, that mixed genre games aren’t much fun.  But let me give the benefit of the doubt here, at least at this stage.

Stellar insurgency then has been in development since 2016 and will attempt to give a single player experience combining adventure, exploration, space combat, and trade. The main features billed by the lone developer are listed as;

I have to admit, that’s quite a lot, and it would be very nice if all this can be integrated successfully into a fun game. At first glance through, looking at that list, it may seem that the game will be more focused on RTS, but I believe that the RPG elements of the game will also be prominent enough if attention is paid to the crew manning the ships and the actual ships themselves. As long as the player can increase the skill levels of individual members while also upgrading ships over the course of the game in a meaningful manner, we just might have a game that lets you command your own private fleet as you decide your role amongst the stars.

As it is, the dev just broke the news on this game and I’m pleased that it was after four years of work, rather than at some earlier point. There is also a site up already dedicated to the game https://tensorialproductions.com/ and I intend to keep a watch on it. Maybe it will be just the thing to make me feel like we have something new at last.