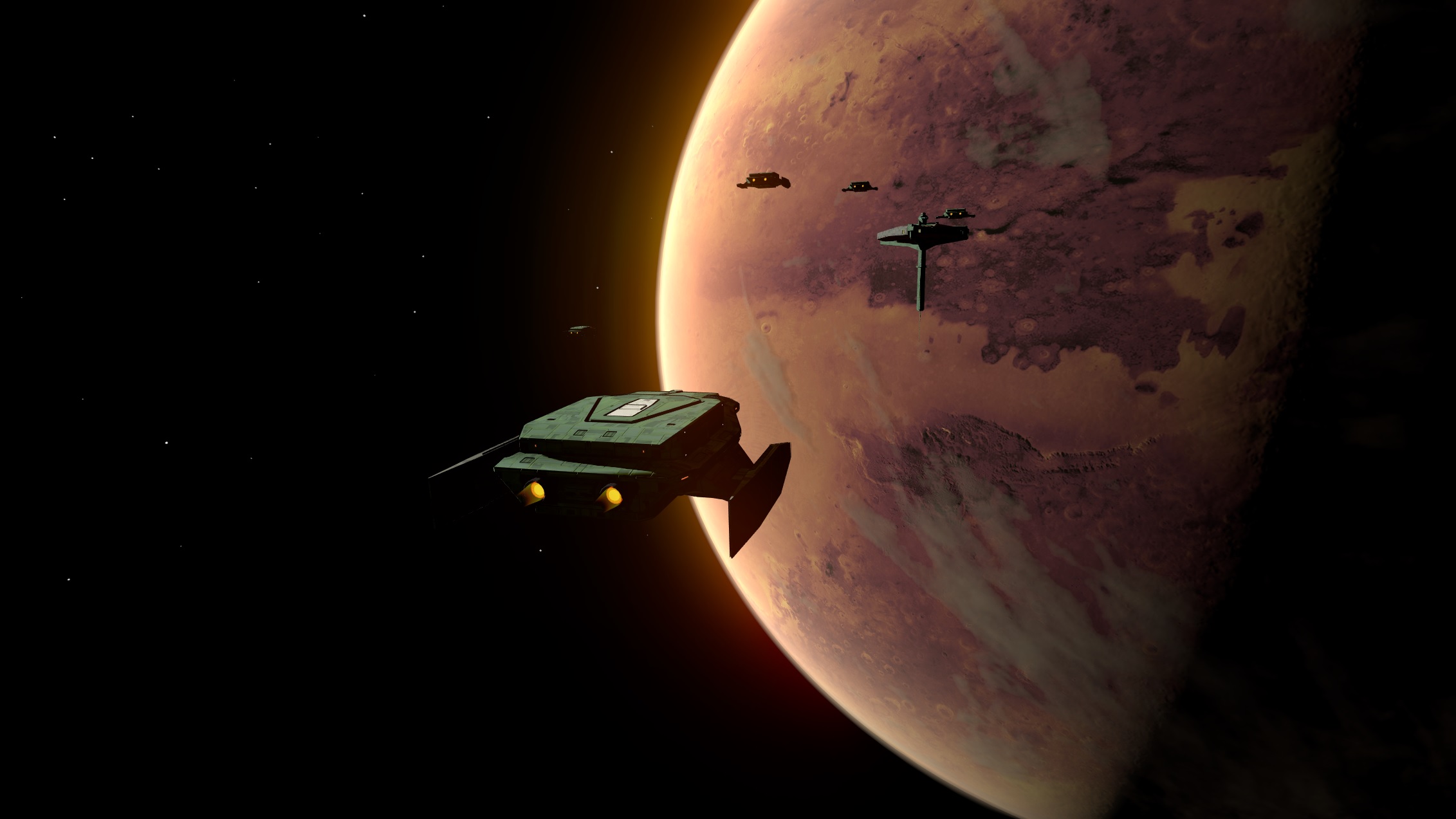 It’s hard to find something new in today’s 4X games. After all, the genre has been around longer than many of you reading this. This holds especially true for space-based 4X games, as sometimes they seem to be just clones of each other. But there may be something different on the horizon, something that will satisfy both the 4X enthusiast as well as the space sim aficionado. I have been keeping watch on a specific indie project that’s been in development for a while now, Star Zeal, an RTS space-based 4X.

(A quick note first, originally I was covering this game at eXplorminate, but with that site now reduced in activity, I decided to bring it here instead.)

Star Zeal is the brainchild of Thilaksha, the lone developer behind this promising title. Unlike so many indie games we see today, the one thing that immediately stood out to me about this game is that it isn’t inspired by, or trying to be the “spiritual successor” of anything. As such, this game may not be constrained by an older title that it’s trying to emulate. Perhaps then this fact will allow Thilaksha more room to maneuver, and greater creative leeway.

So what is it about, what does this developer strive to accomplish, how will Star Zeal differentiate itself and stand out in a sea of space based 4X games?

A player will be able to play in the Milky Way galaxy with both pre-made and procedural star clusters. The procedural nature of the game extends to characters and research, which should greatly enhance replay value while adding a certain sense of realism. His latest dev-log promises to deliver leaders with a procedural history that will allow each one to grow in unique and different ways with each play-through.

There will be multiple victory conditions to choose from for example, and one of the goals is to allow a player to play as anything from a galactic empire wannabe, to a hidden isolationist, or even a minor pirate faction. (It is here that the game attempts to satisfy multiple tastes and allow a player to experience it as a pure 4X or a Space sim). The victory conditions then will directly tie in to the faction selected. This is just one way that this guy is trying to expand on the standard fare we’ve seen from many previous games of this type.

Another concept of his that caught my attention is the way population and resources will be treated. Suffice it to say that population will have a far more realistic sense of scale, both on developing colonies and small outposts, the latter of which will see no natural growth and will need off-world support.

I’ve been in contact with the man behind this title for a while now and can share some information that may interest our fans. Without giving away too much then, this is what I discovered.

Development has continued but is proving to be a bit challenging for a one-man team, in particular, the sophistication involved behind the scenes means that he moderately underestimated the amount of work that would be required to finish the game. Interestingly enough, he was actually pleased with this as it re-enforces his belief that the game itself will be complex yet fun to play. Quite honestly, I was infected by his enthusiasm to the point of smiling as he described his love of the RPG element imbued in the game and his fascination with ship design.

Speaking of ship design and combat, you will actually feel like you are fighting in space, not a surface naval action on a 2D plane. A player will have the freedom to choose attack modes and postures for either entire fleets, or individual ships. Ships can be customized based on hull size, class, and race affiliation.

The RPG element in Star Zeal is not restricted to leaders and heroes, it isn’t superficial in other words. Thilaksha explained that the player will also be represented in the game world, and that the entire experience of factions having different goals and victory conditions is designed to offer maximum immersion.

We then touched upon the artwork and graphics behind the game. This too is intended to fit in with the overall style of Star Zeal and is being created with this tenet in mind. We can expect 3D colonies, 3D space battles, and uniquely depicted solar systems with a realistic sense of scale. Adding further to this sense of realism, you will be able to see orbiting bodies and satellites from the colony view, provided that they exist in the first place of course, and that the planetary atmosphere permits it.

For anyone seeking a more comprehensive and detailed view on what’s been going on and what to expect, there are a number of Dev logs already released which will give a better understanding of what has been accomplished and the road ahead. From what I gathered, these logs are so extensive that they are being broken up into sections and parts, even when dealing with the same topic.

Granted, the game will feature many aspects that are more standard in nature and familiar to players, (otherwise it really wouldn’t be a 4X), but overall I get the sense of an attempt to do something more, something different than just putting out another retread that could make us feel as if we’ve already played it.

So for any fans out there that want a game that brings some fresh ideas to the table, one that is dedicated to freedom of choice in how you play and what your goals are, (while also blending some RPG elements and a sense of realism to a traditional 4X game), Star Zeal is a title worth keeping an eye on. Interested in learning more? Visit his site here https://starzeal4x.com/ for a more detailed look.