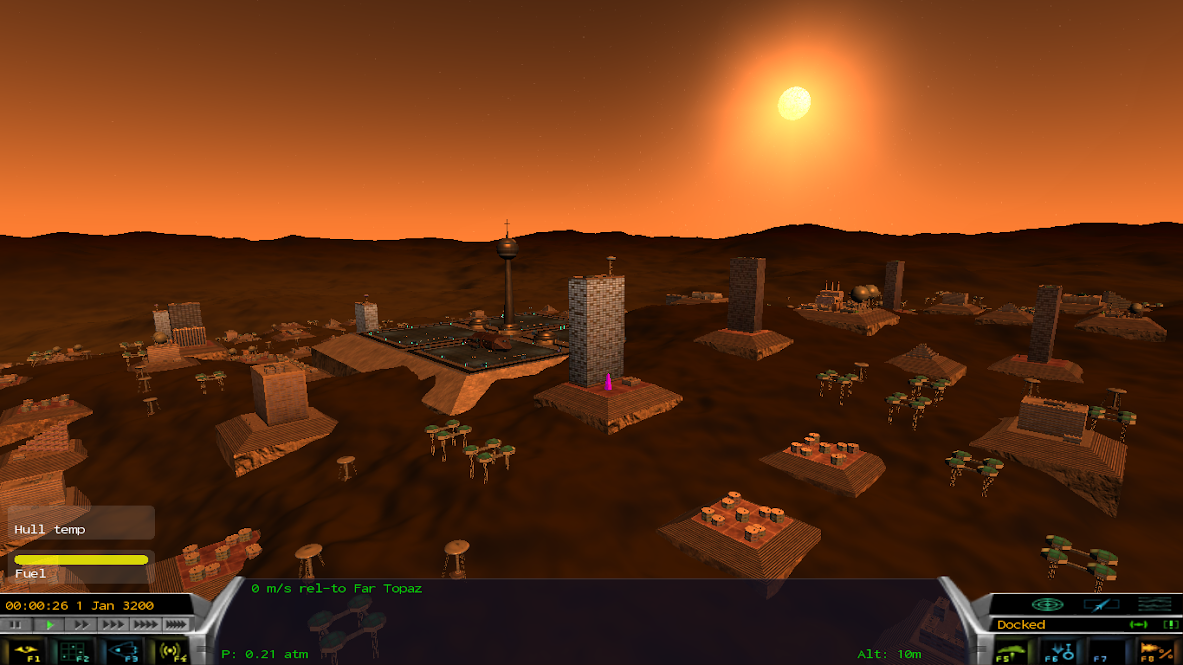 I did that small change but it had also a very small effect, the SGM models are still to far spaced in Phoenix. The following screenshot shows a city at highest density. 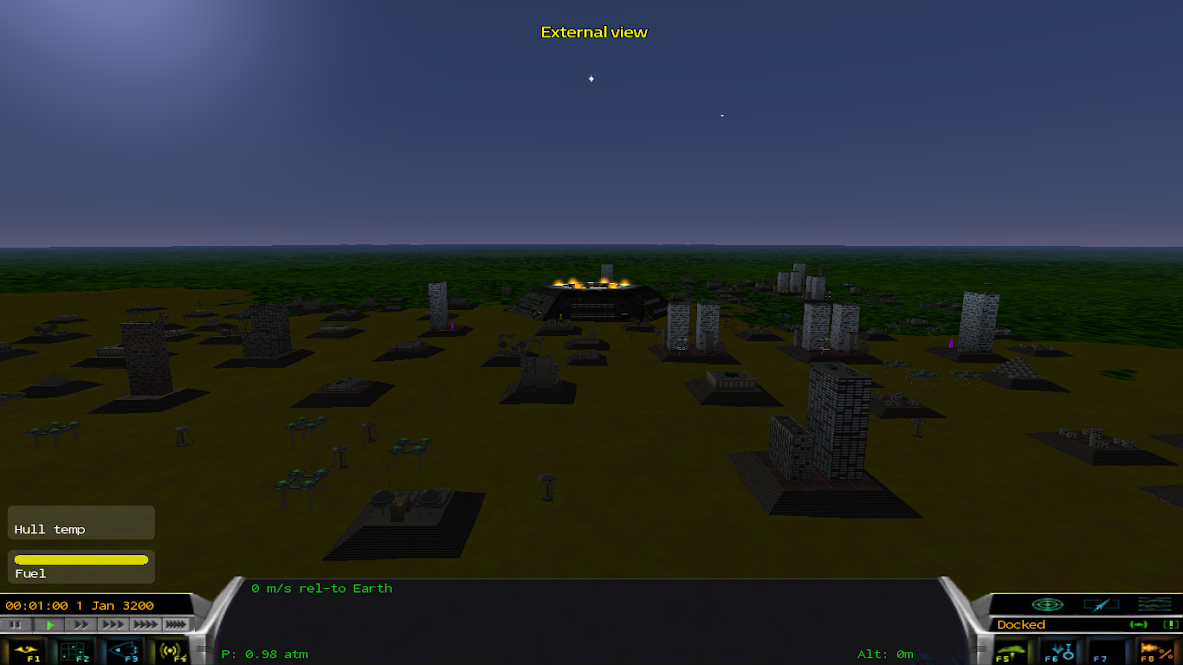 Marcel,
To the wherabout of Walterar we must assume the worst i fear.
I have no reply from him even when i write him to his google mail account.

A better description of the items would make sense, that's a "sneeze" (but first i have to get rid of the many languages to keep up to date, one is enough for a single guy).

Personally i guess it's a good idea to give them mass, of course "some documents" have no mass (the could be altered to a set of "some documents" with varying descriptions, "blueprints", "reports", "statistics", but a shipment of "some crates" will have some mass. Intentionally i liked to give them a mass below one ton, theoretically this is possible but it seems it's disregarded for the modules (probably simply minimized to an integer value but you can have a value behind the floating point, it will be regarded by the fuel use i.e. this is calculatet in fractions of tonnes).
However "some crates" of industrial goods will have some mass, recently 1 ton. I doesn't makes sense by thinking of selling the good or something, i just like to use up the rare cargo space and boost the fueluse that's the idea behind. "moving home" uses recently 2 tons and i think to implement this also to the extraplanetary deliveries, probably with a random mass between 1 and 5 tons, moving a home can be a lot of stuff.

That means for the lousy shuttle, FE2 or Phoenix, when you contracted to one mission you probalbly can't contract to a second because you need the space for fuel or it can mean you will use quite some extra fuel for long distances. It can mean that you fail in the mission caused simply by the mass the goods you have to carry, even if that is just one ton, the shuttles aren't very powerful, they lose acceleration soon and boost due to that fueluse much by little extra mass.

I couple of days ago i started in a system 1500 AU wide from one station to the other (lucrative, the rest is about 25 bucks each run). it would make you "rich quick" but i didn't maneged it to get there, not enough space for the needed fuel in the FE2 shuttle, It will work with my Phoenix shuttle and 10 tons of cargo space but the FE2 shuttle offers only 4. these 4 tons of extra fuel are used up like notheing on such a long way but if you don't accelerate most of the way you won't reach the target in time. Probably the Lifter could manage this it offers at least 7 tons of cargo space.

You see, one ton extra and all is lost.

In the recent version i changed it from "rubbish" to "consumer goods". it won't matter and best would be a hidden item which only uses up cargo space and has no further description or meaning as in the one in the mission itself. which probably will be simply displayed then as "mission cargo" in the ship info screen. It should be droppable, even this can be used for an action.

recently i added the info for the mass of the mission cargo to the mission info screen and display even the distance to the target for interplanetary missions in AU. this could be also part of the Advert itself because i guess you like to know the interplanetary distances, it can be important and it is even more important to know this for extraplanetary missions, because the remote system can be easy one with distances up to 1500 AU, as well as a fixed value of 4 days won't work for this you will like to know in advance how far the interplanetary distance is. Not everything looks like Sol in Pioneer - by far not. How i like to calculate this i'm not sure but i guess already the diameter of the system in AU will give you a idea how far that could be, if it just a short flight of a few AU or one of 300 AU. For interplanetary missions i can print out the exact distance, for extraplanetary i will have to experience how to evaluate that. multiple star systems can be problematic, you materialise in range to the main star or main gravitational point but often this isn't the star which carries planets, for multiple systems you have to calculate different as for single star systems. however i need an idea, something which i can use to calculate the mission time instead to use 4 days. I assume if i take the distance of the targets parent to the central star of the system it will be useful to evaluate the needed travel time.

To be honest, sort of this missions which will lead to a planet 500 or 1000 AU far from the point where you enter the system even fail in FE2. But unlike FE2 we have many many such systems especially in the far out regions which i chose as starting region. One could say this is the common case.

The use of the square root works fantastic for interplanetary missions they are tight in time no matter if near or far but mostly possible, but don't overshoot or decelerate to early you won't have time for this. Missions in a range of 10 to 50 AU can be very tight in time, some hours will make the difference if you failed or succeeded.

My FFE ship mod seems to fail with the "cargo ships" module (most likely).
As soon if i use the "FFE ships mod" the game crashes very often without any warning. The only thing i noticed by now is that it always happens when a cargo ship is spawned.
It never happens when i run the unmodified "Phoenix".

There is a bug in the "FFE ships mod" but i have to find it first.
Some ship might fall through the ship type filter and crashes when it's equipped with something it can't be equipped with - i assume.
I will see, the shit is that it crashes without any output to the screen or output files.

In future i will post my Phoenix stuff here: